Central Kentucky Building and Loan Association was founded in 1886. The bank was located at the Post Office building at Fourth & Main Street. In October of 1890, the bank moved its office to the Boyle Bank & Trust building, which is currently the VIP office.

Central Kentucky had a record breaking year in 1925, when 105 homes were built through the association. At that time, the bank was paying six percent on savings accounts and was named “Danville’s Biggest Asset” by a local newspaper.

On May 29th, 1925 the bank’s office was located in the Mills Building on the North side of Main Street and west of the Post Office. The office remained at this location for the next six years.

On May 13th, 1931 the bank purchased the Elks Club Building. This building is located on the South side of Main Street. The bank eventually outgrew this location and on April 5th, 1943 purchased and moved into the Boyle Bank Building.

In 1936, Central Kentucky Building and Loan Association ran an ad in the local newspaper reporting assets of $563,143.72. Chenault Huguely was the bank’s President, J.B. Nichols Jr. was the Vice-President and M.L. Smith was the Secretary.

Upon receiving a federal charter in 1968, Central Kentucky Building and Loan Association changed its name to Central Kentucky Federal Savings and Loan Association. Wanting to expand its office, the bank purchased two properties at the corner of Main and Fourth Street in 1964. The corner building was previously the home and office of Dr. Rice Cowan, was later the law office of Gilmer & Pennington and was purchased from Centre College. The adjoining building, formerly occupied as the local office of Kentucky Utilities Company, was purchased from Mrs. Margaret Hughes. Both buildings were razed and a groundbreaking took place in early April, 1967 for the construction of a Williamsburg style building designed to resemble the Governor’s Palace in Williamsburg, Virginia. Construction was completed and the bank opened for business in the new location on December 14, 1968.

In 1984, the bank added two drive thru lanes and additional parking to accommodate a growing customer base. The bank’s president, John Stigall, was concerned with maintaining the look of the Governor’s Palace in Virginia. Before construction began, Mr. Stigall wrote to The Colonial Williamsburg Foundation and requested photos of the Governor’s Palace outbuildings and landscaping. 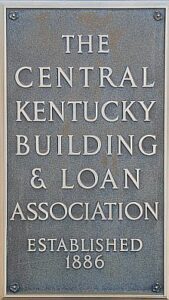 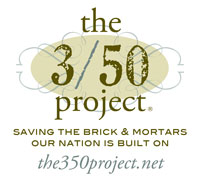